Rinse the red lentils thoroughly under running hot water until the water is clear. Heat olive oil in a large pot until bubbles rise when you poke a wooden spoon into the oil. In the meantime, boil approximately 750ml of water in a kettle and use to make vegetable stock in a jug.

Add chopped onions, add spices to the hot oil, and fry until the onions are transparent. Add washed lentils, reduce heat to medium and stir until the lentils are covered with the hot oil and start turning yellow. You will also see tiny white sprouts coming out of the lentils. Now add hot stock to the pot and reduce heat down to low, cover and simmer for approximately 15 minutes, or until lentils are yellow and soft.
Blend everything in a blender, and season to taste with more spices, salt, and lemon juice or pomegranade syrup for a sweeter, fruity taste. Serve hot, with some yoghurt on top and flat bread.

Optional: Hot red pepper garnish:
Melt butter or margarine in a small pot, add red pepper flakes and fry them for about 30 seconds, stirring quickly. Drizzle on top of your soup, on top of the yoghurt.
3 people liked this
Edited September 28 2019 by viridian74

The movie we will be watching tonight together, cosily beneath a blanket with a steaming mug of tea is... 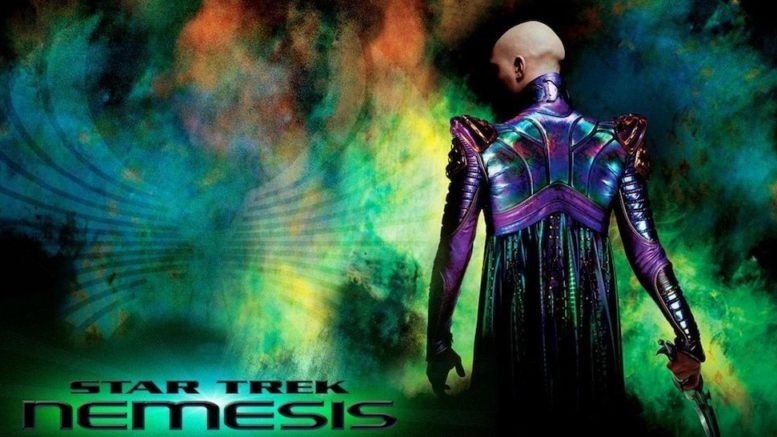 The movie can be watched on Amazon Prime here: https://www.amazon.com/Star-Trek-Nemesis-Jonathan-Frakes/dp/B01N9P1QVU
Or if you own a physical copy... that's perfectly fine as well.
We'll join the temporary #movienight channel on Discord where we will synchronise our movie watching experience, and have a chat on Tom Hardy's irresistible jaw line.

My new option "J" is, because of Tal Shiar ... those two episodes, where we can get a glimpse of the forces, which still threaten the new Romulan Republic. The best way of the use of this "archive records" for officers training. Know your enemy's behavior and you win the battle.

into consideration for the October Halloween event?
It is a must-have splatter movie ...
Edited September 28 2019 by Khazaan 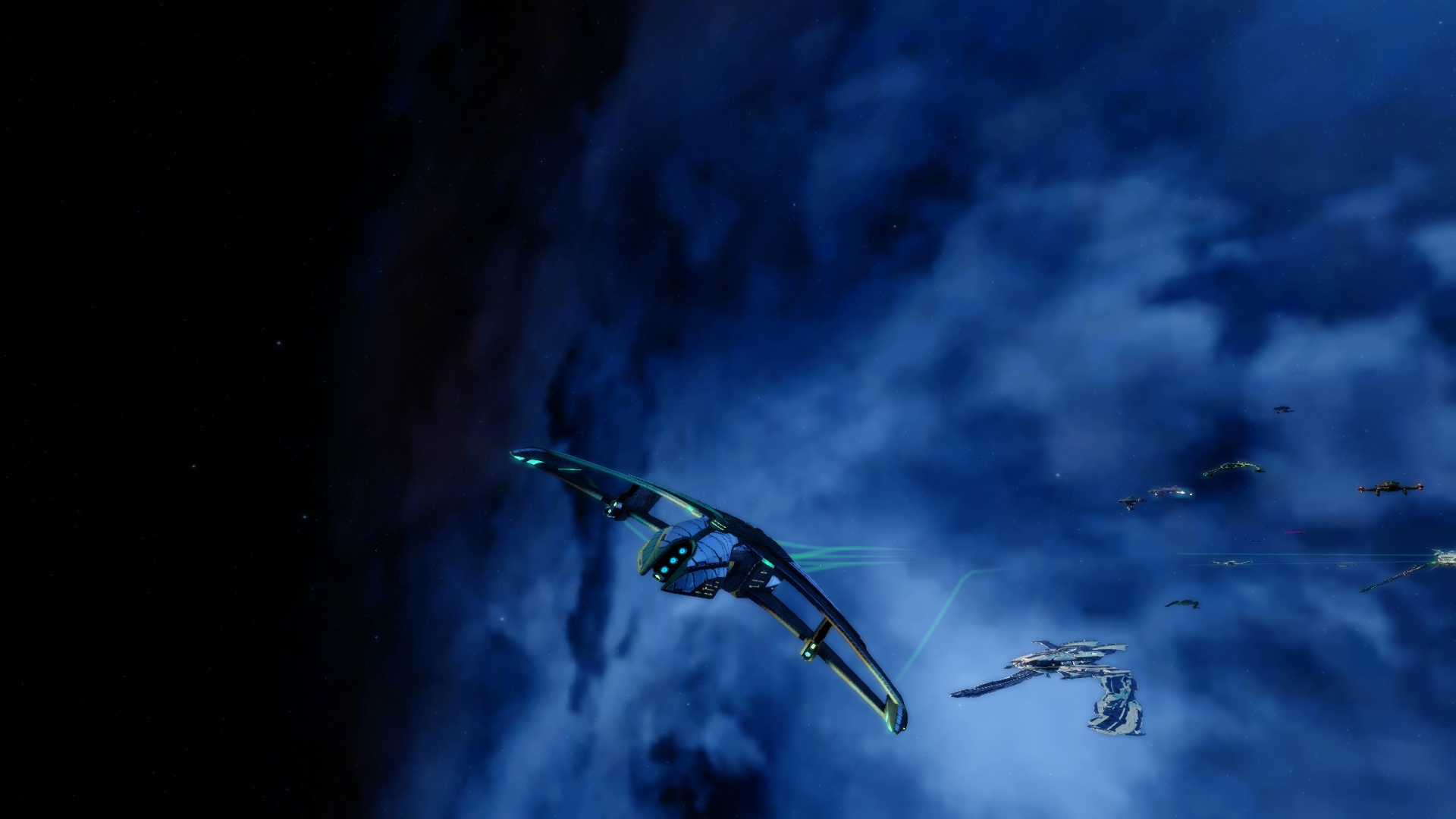 and even my smallraft is ready! 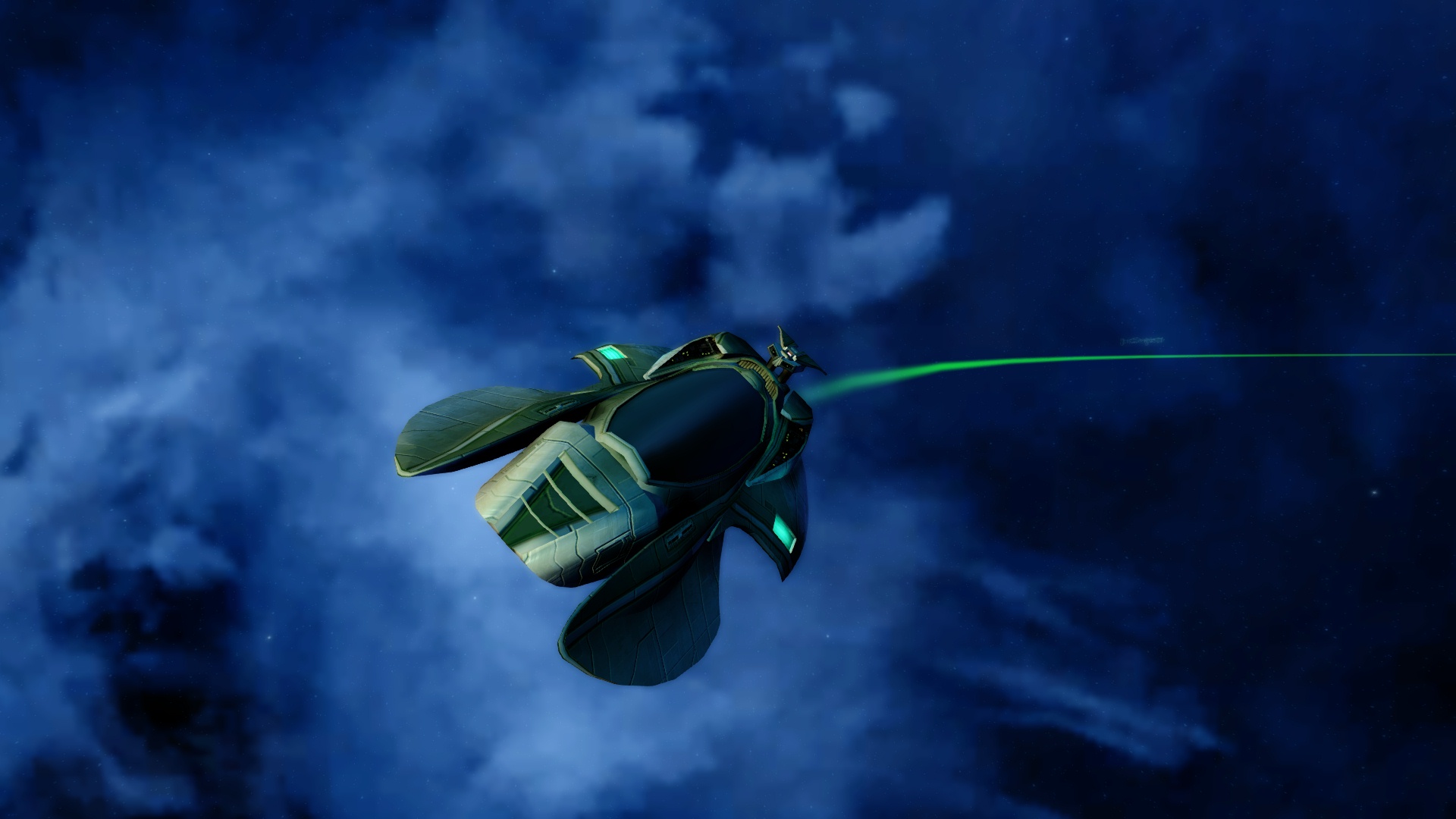 "Stevivor has joined with Perfect World to celebrate its PC release with a bunch of starship giveaways!
On offer are 50 codes that will provide access to two unique starships within the game, as follows:

September 24 2019
looks like the Alienware ended abruptly according to the comments.. on peoples 5th day of logging in, they had already ended it.. which isnt cool. hmmmmm

September 24 2019
Option E is my first choice, with Option C coming in second (Eye of the Needle is actually one of my favorite Voyager episodes in general so I cant not pick it)
Unknown Person liked this

September 23 2019
"The only thing that will make a souffle fall is if it knows you're afraid of it." - James Beard

I found this recipe a year, and it quickly  became one of my favorites. Rich, creamy, ultra tasty and incredibly  simple to make. Don't let the world Soufflé scare you its really is easy

Meanwhile, preheat the oven to 350°. Grease a 6-cup soufflé dish with 1 tablespoon of the butter and set it on a rimmed baking sheet. In a medium saucepan, melt the remaining 7 tablespoons of butter. Add the flour and whisk over moderate heat until bubbling, about 3 minutes. Gradually whisk in the milk and bring to a boil. Simmer over moderately low heat, whisking, until thickened and no floury taste remains, about 7 minutes. Season the béchamel with salt and pepper. Scrape into a large bowl and let cool, stirring occasionally.


Stir the cauliflower puree into the béchamel, then fold in the cheese and chives. In  a medium bowl, beat the eggs until frothy, then gently fold them into the cauliflower béchamel. Scrape the soufflé base into the prepared dish and bake for about 1 hour and 10 minutes, until puffed and browned; serve right away.
3 people liked this

One jar of horseredish,
Bunch of potatoes (Depending on how "thick" you want the soup)
Onion and garlic (Half a head of garlic and one onion),
Basil or other herbs,
Bay leaves and allspice,
Bacon or if you want to make it meatless add some fat,
Salt to flavour
Some lemon if it will not be enough sour,
Tabasco or something spicy if you want to make it spicy a bit (I do!).

Peel and cut tomatoes, chop onion, garlic and bacon. Fry up the bacon a bit and re-use the resulting fat to brown the garlic and onion, when that's done - Add all ingredients to the pot and boil until done. Easy!
5 people liked this

because because futurisitc OP romulans!
3 people liked this

Quote by AdamThePhantump
I’d vote but I don’t have access to any of the streaming services any of the films are on. Sorry but my vote shall remain uncast.

No worries, I hope that when the votes are counted and the result is in, you may be able to join in on the fun somehow. :)
Unknown Person liked this 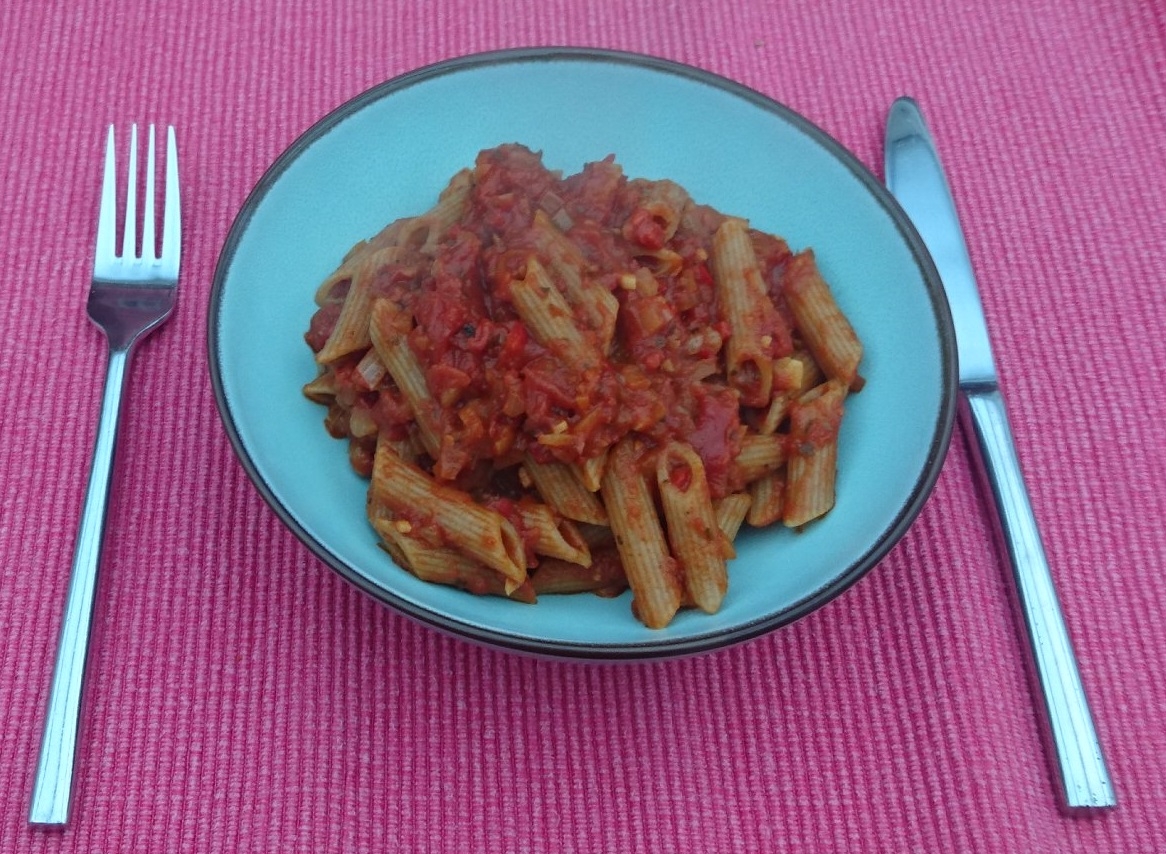 If you're looking for a healthy pasta dish, I present you penne all'arrabbiata, or at least... the way how I make it. I'm actually planning on making it again later this week, and when I do, I will update this post with a photo of the result. I actually use tinned, peeled tomatoes as I find that these are generally tastier than the watery pale ones they sell at the Dutch supermarkets and it's super quick and easy too.

Ingredients
150 grams of whole grain penne
1 tin can of peeled tomatoes (mine contain about 400 grams)
1 large onion
4 cloves of garlic
1 small tin of tomato paste (mine is double concentrated 70 grams)
1 tbsp olive oil
2 red chili peppers (more or less depending on your taste)
1 tsp of paprika powder
1 tbsp of dried oregano
1 bouillon cube (it's not blasphemy, I've seen Italians do it)
1 tsp of cayenne pepper (or to your own taste)
50 ml of dry sherry

How to make it
Put a large pot of water with a lot* of salt in it to the boil on your stove. Finely chop the garlic, onion, and chili peppers. In a skillet on a medium fire, heat the olive oil and sauté the onions, garlic, and chilies until the onion becomes a bit translucent. Add the tomato paste and paprika powder and fry for a few minutes longer. Quench the heat in the pan by adding the sherry and let it evaporate for the most part, add the oregano, the peeled tomatoes, and half of the bouillon cube. Keep the other half around in case you need to fine-tune the flavour in the end. Roughly break up the tomatoes into smaller chunks with a spatula, mix the ingredients in the skillet and turn the heat to low. Let the tomato/chili mixture thicken and the tomato slowly lose structure until it becomes a sauce.
In the meantime, cook the pasta as indicated on the package. Keep on slowly stirring the sauce every now and then, and when the sauce becomes too dry, you can add a few tablespoons of the boiling pasta water to the sauce. This will fortify the flavour of the sauce, and the starchy water will make your sauce a little glossier. Keep on tasting the sauce whether the flavour develops in the right way... remember you can fine-tune with the remaining half of the bouillon cube, the pasta water, or tap water when needed. If you want some extra spiciness, you can also add the cayenne pepper at this stage.
When the pasta is done, drain it, and stir it through the sauce in the skillet. Your job is done, now comes the tasting. ;) Enjoy!

*Pasta should be boiled in highly salted water... don't be afraid of getting to much salt in your diet though as you will throw away the water and the pasta itself does not absorb much of it during cooking.

Quote by Balduranne
So this isn't my recipe, but it's a perfect breakfast meal - Quick, easy, filling and most important of all, delicious!

Oh wow, that is a great idea for breakfast! I am definitely going to make this.
2 people liked this

September 22 2019
I’d vote but I don’t have access to any of the streaming services any of the films are on. Sorry but my vote shall remain uncast.
2 people liked this
There are 29,877 records available