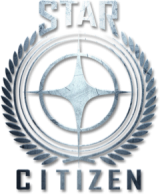 Both Star Citizen and Squadron 42 are set in a 30th-century Milky Way centered on the fictional United Empire of Earth (UEE), an analogue of the late Roman Empire. A central theme of the game is citizenship – or lack thereof – in the UEE, which must be earned through player actions such as completing a period of military service. It is anticipated that citizens will enjoy certain in-game benefits, like paying a reduced tax rate, but the exact details are yet to be determined.

A strong focus will be placed on player interaction, with player behavior influencing and being influenced by a dynamic economy system.

Alluding to Star Citizen's online universe, Chris Roberts highlights the importance of player-driven content: "It's like a sandbox for everybody, and occasionally you'll sprinkle in little bits of scripted content to give a bit of character, but you're letting a lot of the players generate the intrigue and the drama." The economy system is described as being NPC-driven, however, with players slowly taking over to ensure changes in game population do not disrupt the economy.

Roberts emphasizes his focus on immersion: "The changes in the technology in the industry will allow me to do a much more immersive experience. It's all about that suspension of disbelief."

Star Citizen's space combat utilizes a Newtonian physics model to create tactical choices for the player. Players will complete objectives to gain currency used to buy, repair and upgrade their ships or to purchase items used in trade.

The game's first-person shooter mechanics are reported to be inspired by games such as Rainbow Six, ARMA, Counter-Strike and Killzone. Read Less